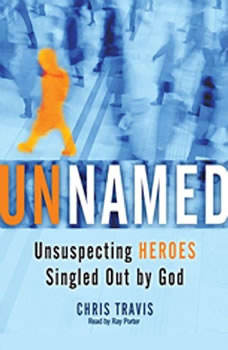 God often chooses unsuspecting heroes and writes unlikely endings to his stories. Many of the characters in the Bible are even unnamed, yet their adventures reveal the kind of lasting impact that God intends each of us to have.

Why do the vast majority of us live out unremarkable days in spite of our God-given hunger for significance? Unsung is one thing, but why settle for uninteresting? Or even worse, uninvolved? If you have the eyes of faith to see and the courage to act, you can join God's roster of unforgettable heroes.

Each of the eight chapters:
• Focuses on one unnamed hero and shows how God works through everyday people
• Gives insight into how God intends to fill our lives with significance and adventure
• Combines stories of Bible heroes, incredible accounts of modern-day unnamed heroes, and solid biblical insight
• Concludes with "Releasing Your Heroic Potential" questions to help individuals or small groups identify next steps

Everyone has a transformation story. Rags to riches. Plain to beautiful. Weak to strong. Esther's story is that, but it is much more. It is a thought-provoking study of God's individual hand, writing silently and unseen across the pages of human his...

Empathy for the Devil
by JR. Forasteros

Do we have anything in common with the bad guys of the Bible? The sins of wrath, idolatry, and abuse of power are closer to us than we think. How do we guard against them? We learn not only by following moral exemplars we also need to look at t...