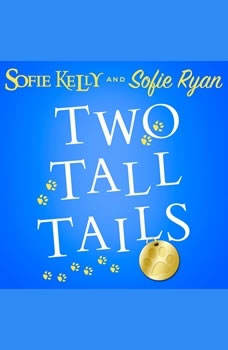 The Cat Burglar: A Magical Cats Mystery Novella Kathleen Paulson has her hands full in Mayville Heights, Minnesota, running the public library, and taking care of her two uncanny cats, Hercules and Owen. Kathleen's good friend Maggie says items are being stolen from the local artists' co-op. She doesn't want to call the police, because the main suspects are all close friends. Luckily, Kathleen and her faithful felines are there to put their paws on the truth! No More Pussyfooting Around: A Second Chance Cat Mystery Novella Sarah Grayson lives in charming North Harbor, Maine, where she owns the Second Chance shop and sells beautifully refurbished items, but she's also given a second chance to black cat Elvis. Sarah and her elderly friend Edmund Harris are having some issues with the nephew of a neighbor. With the neighbor recovering from a suspicious fall in the hospital, her nephew is being openly hostile and suspiciously secretive. Is he just a pain in the neck, or actually a threat to his aunt? Sarah and Elvis are on the case.

Lincoln and the Golden Circle: The Pinkerton Files, Volume 1
by David Luchuk

The Pinkerton Files is based on the new audio series starring Battlestar Galactica's Michael Hogan. It sets the real cases of America’s first private detective in a world of radical inventions driving a bitterly divided nation toward...

The Academy
by Robert Dugoni

Quitting her job as a high school science teacher to join the Seattle Police Department was an easy decision for Tracy Crosswhite. Years earlier, what should have been one of the happiest days of her life instead became her worst nightmare when her ...