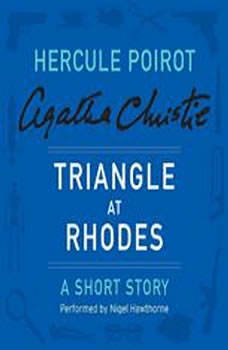 October on the island of Rhodes is a veritable paradise of privacy, beauty, and calm—or so Hercule Poirot has imagined. The reality is quite different, as the arrival of famed Chanel beauty Valentine Chantry causes a ripple of malice to be felt across the island. She captivates at least one married man with her wiles and good looks, as her brooding husband watches on. Poirot senses that someone has murder in their heart, and he guesses right. As things come to a tragic head, only Poirot the quiet observer can piece together what has happened in this lover’s triangle.