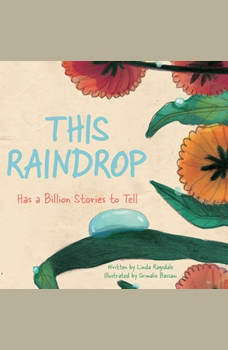 This Raindrop: Has a Billion Stories to Tell

This beautiful tale follows a raindrops journey on Earth, from the time of the dinosaurs to the creation of the earliest cities and beyond. It explains how Earth has depended on the same water supply throughout its existence by flowing and falling all around us, fueling and forming much of what we have seen and used for millions of years.Featuring beautiful narration and educational back matter including an explanation of the water cycle, the importance of water conservation, and resources for further learning, this book introduces a new understanding of our planet and encourages mindfulness and action when it comes to caring for the environment.