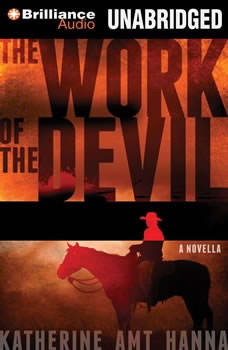 The Work of the Devil

“The road north of the river runs straight to evil.”In a remote northern village, a close-knit community survives at the edge of the known world. On the far bank of the river that no one crosses lies an unnaturally straight road. Nothing ever grows on the road, and the curious heat emanating from its surface keeps it uncannily clear of snow and ice.Along this road, Aaron and his companions must travel. It is rumored that at the end of the road lies an object—the work of the devil—which is responsible for the untimely deaths of the villagers. The small band of men have volunteered to destroy this thing, whatever it is, at whatever cost. Devilishly short at 72 pages, The Work of the Devil is a disturbing journey straight into the heart of inexplicable evil—a malevolence that may be impossible to outlive.