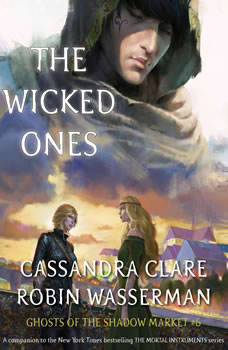 The Wicked Ones: Ghosts of the Shadow Market

Celine Montclaire goes to the Shadow Market to escape. She would go anywhere in Paris, or the entire world, to escape the suffering she experiences at the hands of her family. She did not expect to meet Valentine Morgenstern there, or to have him promise her freedom and the heart of the man she secretly loves. On one condition, of course. At the Shadow Market, nothing is for free.