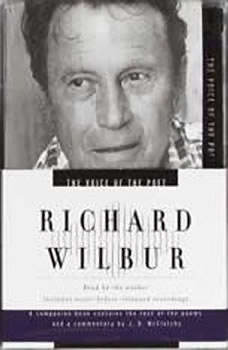 The Voice of the Poet: Richard Wilbur

A remarkable series of audiobooks, featuring distinguished twentieth-century American poets reading from their own work. A first in audiobook publishing--a series that uses the written word to enhance the listening experience--poetry to be read as well as heard. Each audiobook includes rare archival recordings and a book with the text of the poetry, a bibliograohy, and commentary by J. D. McClatchy, the poet and critic, who is the editor of The Yale Review.

"To hear a poem spoken in the voice of the person who wrote it is not only to witness the rising of words off the page and into the air, but to experience an aural reenactment of exactly what the poet must have heard, if only internally, during the act of composition. THE VOICE OF THE POET recordings deliver these pleasures as they broadcast the pitch and timbre of many of the major voices in twentieth-century poetry."--Billy Collins, U.S,. Poet Lauerate.