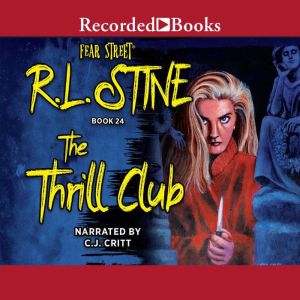 When it comes to writing nerve-jangling thrillers, R.L. Stine is the master. His wildly popular books have attracted thousands of young people. The Thrill Club is his hair-raising tale of a teenager who writes horror stories everyone loves-until the stories start coming true.