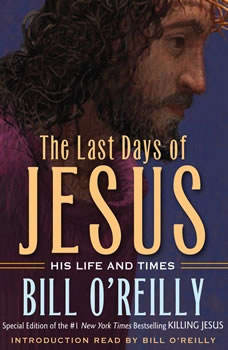 The Last Days of Jesus: His Life and Times

Two thousand years ago, Jesus walked across Galilee; everywhere he traveled he gained followers. His contemporaries are familiar historical figures: Julius Caesar, Caesar Augustus, Herod the Great, Pontius Pilate. It was an era of oppression, when every man, woman, and child answered to the brutal rule of Rome. In this world, Jesus lived, and in this volatile political and historical context, Jesus died—and changed the world forever. Adapted from Bill O'Reilly's bestselling historical thriller Killing Jesus, and richly illustrated, The Last Days of Jesus is a riveting, fact-based account of the life and times of Jesus.

Even at the age of nine, little Golda Meir was known for her leadership skills. As president of the American Young Sisters Society, she organized friends to raise money to buy textbooks for immigrant classmates. This story is a glimpse at the early ...

Who Was Joan of Arc?
by Pam Pollack

Joan of Arc was born in a small French village during the worst period of the Hundred Years' War. For generations, France had been besieged by the British. At age 11, Joan began to see religious visions telling her to join forces with the King of Fr...

Billy Graham was born on a dairy farm in Charlotte, North Carolina in 1918 just days after the signing of the armistice that ended World War I. At the age of 16, Graham came to Christ during a Christian revival meeting and it wasn't long before ...

Three words that sum up D. L. Moody's life are Passion, Vision and Devotion - for God! He could easily share the gospel with 20,000 people on a hillside and then do the same thing the next day with just a few people in a church hall. D. L. Moody...

If you've ever picked up a hymn book, the chances are that you've sung a song written by a blind girl - and not just any blind girl... Fanny Crosby. As a young child she knew nothing of the sighted world around her but that didn't stop h...