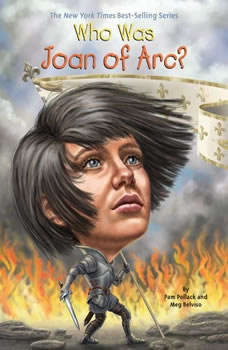 Who Was Joan of Arc?

Joan of Arc was born in a small French village during the worst period of the Hundred Years' War. For generations, France had been besieged by the British. At age 11, Joan began to see religious visions telling her to join forces with the King of France. By the time she was a teenager, she was leading troops into battle in the name of her country. Though she was captured and executed for her beliefs, Joan of Arc became a Catholic saint and has since captured the world's imagination.

Dietrich Bonhoeffer is one of the heroes of World War 2. Not only did he preach God’s word fearlessly, he spoke and actively resisted the evil of the Nazi regime. Discovered to be one of the people behind the plot to assassinate Hitler he was ...

If you've ever picked up a hymn book, the chances are that you've sung a song written by a blind girl - and not just any blind girl... Fanny Crosby. As a young child she knew nothing of the sighted world around her but that didn't stop h...

Even at the age of nine, little Golda Meir was known for her leadership skills. As president of the American Young Sisters Society, she organized friends to raise money to buy textbooks for immigrant classmates. This story is a glimpse at the early ...

Three words that sum up D. L. Moody's life are Passion, Vision and Devotion - for God! He could easily share the gospel with 20,000 people on a hillside and then do the same thing the next day with just a few people in a church hall. D. L. Moody...

Although Elisabeth Elliot is possibly best known for her story of grief and the surname of her first husband, she has been a remarkable woman in many ways. From persevering after the untimely and tragic death of her husband, to becoming a notable wr...

Billy Graham was born on a dairy farm in Charlotte, North Carolina in 1918 just days after the signing of the armistice that ended World War I. At the age of 16, Graham came to Christ during a Christian revival meeting and it wasn't long before ...

Joni Eareckson is a well-known Christian speaker and author from America but there was a day when she was a teenage girl in a bathing costume with nothing on her mind but boys, make up and her beloved horse, Tumbleweed.However, all that changed one ...