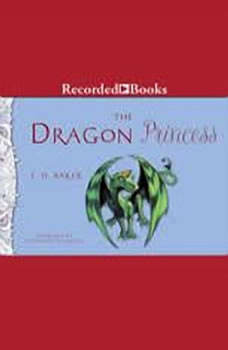 The daughter of Princess Emma and Prince Eadric, 15-year-old Millie is often quite charming. But when she gets angry, she turns into a dragon—not a cute little pink one, but a huge, green-scaled, fire-breathing dragon. Of course, this terrifying sight scares off her friends and family—and any suitors seeking her hand in marriage. Millie is embarrassed—even angered—that this transformation continues to happen. But no one seems to have any solution until she hears of a witch in the far reaches of the Frozen North. Unfortunately, this powerful conjurer is guarded by terrifying polar bears with no desire to help a princess in distress. As she introduces listeners to a new generation of Greater Greensward’s enchanting royal family, Book Sense Children’s Pick author E. D. Baker proves as winning a storyteller as ever. Brilliantly textured by Katherine Kellgren’s vocal talents, The Dragon Princess is an audiobook to be savored.