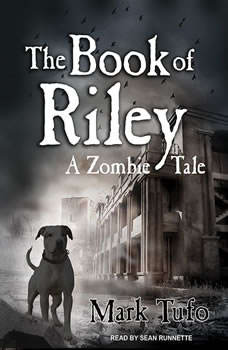 The Book of Riley: A Zombie Tale

When the zombie apocalypse strikes without warning one dog will hold the fate of her pack in her paws. This is the story of Riley, an American bulldog. Follow along as she tries to keep her pack safe from a zombie apocalypse. Traveling with her are Ben-Ben the high strung Yorkie, her favorite two-legger Jessie, Jessie's younger brother Zachary, and Riley's arch enemy Patches the cat. They are a rag-tag group of survivors, who, when pushed to the limit, realize that they are all each other has.