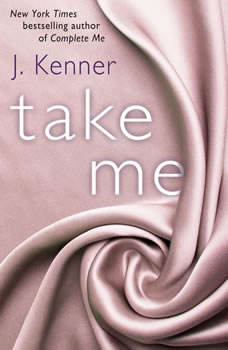 Take Me: A Stark Ever After Novella

I’ve long dreamed of my fairy tale wedding, but it wasn’t until I met Damien Stark—who captured me with his kisses and undid me with his touch—that I began to believe it was my destiny. Though we both carry secrets and scars, our shared passion heals us, binding us together. We have surrendered to each other completely, and our mutual ecstasy is the brightest light in my life.

But darkness still snakes through the cracks in our armor. Ghosts from our past have moved in, bringing fresh pain that cuts deep and threatens to destroy everything we hold dear.

Damien is my anchor to this world, and I am his. But if we are going to keep each other, we have to fight the shadows of our pasts to move forward into our future.

“J. Kenner has written a sensually seductive storyline that catches your imagination. . . . [Release Me] will suck you in from the very start.”—The Reading Cafe, on Release Me