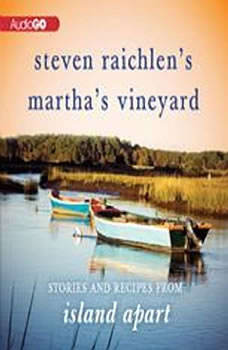 Join celebrated PBS TV host and New York Times bestselling author, Steven Raichlen, for a personal guided tour of Martha's Vineyard, including his favorite places to shop for the freshest seafood and best local produce. This original companion audio to Raichlen's debut novel, Island Apart, takes us right into Steven's kitchen as he brings the mouthwatering meals from his captivating love story to life. He'll tell the story behind his unforgettable characters and why he chose each of the distinctive dishes that appear in the novel, such as Katama Kirs, the Hermit's Wild Green Salad, Chappaquiddick Clams Casino, Bay Scallops with Leeks and Vermouth, and Claire's Caramelized Pear Tart. Impress your book club, your friends, and your loved ones with this inside take on some of New England's most soulful cuisine from a heralded food writer in this one-of-a-kind audio cooking show!