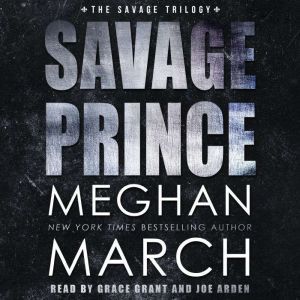 Who knew things could get even darker and dirtier in New Orleans? New York Times bestselling author Meghan March introduces the Savage Prince of the city, the man you never want to meet. I do what I want and who I want. I don't follow anyone's rules-even my own. I knew I shouldn't touch her, but it didn't stop me. Didn't stop me the second time either. Only made me want a third. My lifestyle suits the savage I am, and she doesn't. But Temperance Ransom is my newest addiction, and I'm nowhere near ready to quit her yet. I'll have her my way, even if it means dragging her into the darkness. Hopefully it doesn't kill us both. Savage Prince is book one of the Savage Trilogy, set in the same world as Ruthless King, however you do not need to read the Mount Trilogy to devour this scandalously hot new story. 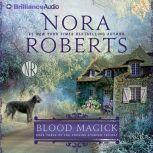 From #1 New York Times bestselling author Nora Roberts comes a trilogy about the land we’re drawn to, the family we learn to cherish, and the people we long to love….Book Three of The Cousins O’Dwyer Trilogy, Blood MagickCounty Ma...