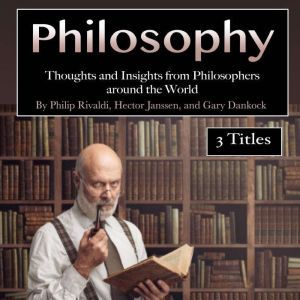 Philosophers: Thoughts and Insights from Philosophers around the World

This is a 3-book combination with the following titles:

Book 1: The philosophers from the east (China, other countries in Asia, etc.) have many things in common with the ancient philosophers in the west (Greece, Eurasia, etc.). But there are differences too.

In this guide, we will highlight and compare some of these differences and similarities. Some other chapters are devoted to several philosophers from both regions in the world, namely Pythagoras, Mo Ti, and Aristippus of Cyrene. Along with this, you will learn about general traditions, thinking patterns, and much more.

Book 2: A lot of people have heard of stoicism, some even know what it is, but the question is: How do you become more stoic?

The answer to this question lies at the heart of this book. You will learn of new methods and insights to accomplish this. Furthermore, some very important quotes about stoicism will be revealed. And a schedule will be given that you can adhere to, if you want, and stick to a routine that enables you to practice a stoic attitude in your daily life.

Book 3: Skepticism has been criticized, ironically, and optimism has been glorified beyond all reason. There are sub-cults in the self-help industry that will judge anyone who questions the claims of gurus, and there are many people who are afraid to doubt the things they are told. Today, we need more skepticism in science and psychology. We need people who don’t take claims as truth when they have not been fully proven. 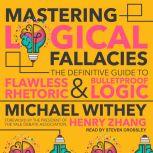 Your argument is valid and you know it; yet once again you find yourself leaving a debate feeling defeated and embarrassed. The matter is only made worse when you realize that your defeat came at the hands of someone's abuse of logic—and that ... 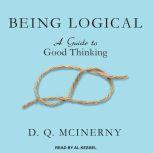 Being Logical
by D.Q. McInerny

Logic is synonymous with reason, judgment, sense, wisdom, and sanity. Being logical is the ability to create concise and reasoned arguments—arguments that build from given premises, using evidence, to a genuine conclusion. But mastering logica... 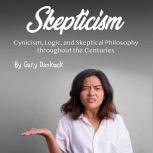 Skepticism is a philosophical movement that has been in existence for centuries. And even though some may call it old and outdated, studying this concept can bring enlightenment to the soul. Sometimes, being skeptical is erroneously connected to sim... 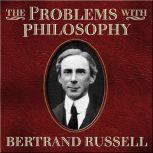 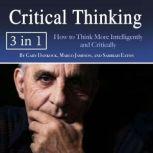 This book consists of 3 different titles, which are:Title 1: Skepticism has been criticized, ironically, and optimism has been glorified beyond all reason. There are sub-cults in the self-help industry that will judge anyone who questions the claims... 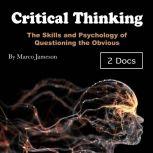 This book consists of two titles, which are the following: Book 1: Many people don’t understand what critical thinking is. Moreover, not all the ones that do, apply it in their daily lives. Politics, the media, and so many other aspects o... 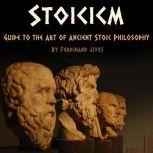 Learn more about Stoicism, the ancient Greek philosophy that has made millions more disciplined, balanced, and happier!Stoicism focuses on using reason to understand the laws of nature and to bridle passions and overcome weaknesses, addictions, and ... 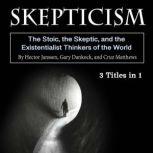 This combo contains 3 different titles, which are subdivided into the following topics:Topic 1: What are the four virtues of stoicism? In this book, you will find fascinating thoughts on courage, temperance, justice, and wisdom. We will touch o... 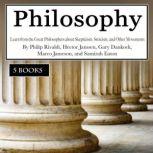 This is a 5-book combo with the following titles in it: Title 1: In this convenient guide, several ancient, famous philosophers will be covered, so you may get a better understanding of the ancestors who have shaped our ideas and theories befor...