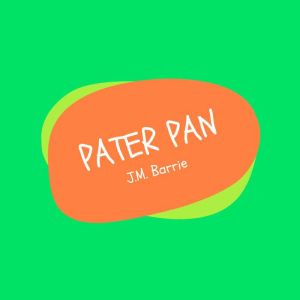 "All children, except one, grow up."

Peter Pan, the boy who wouldn't grow up, steals Wendy and her brothers away to a magical world called the Neverland. They come face to face with a fairy named Tinker Bell, the Lost Boys, savages, pirates, mermaids, a crocodile that ticks, and Peter's nemesis--Captain Hook! The book is filled with excitement, and wonder, and teaches that with happy thoughts, and a little help of pixy dust, you can fly! Peter Pan inspires children everywhere to believe!