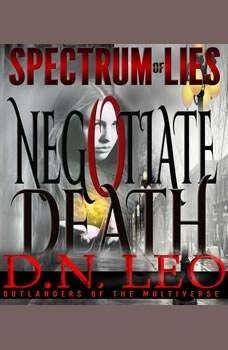 To live, they have to be apart. To live happily-ever-after, they have to murder people on order. To be together, one of them will die. They are childhood sweethearts. She believes in karma. He believes in science and logic. If given the choice between killing and stealing, she'd choose to steal. Forced to choose between money and freedom, he'd choose freedom. Their love is cursed. Their choice to love each other was taken away from them. Computer hacker Lorcan can steal data from the most impossible of sources. High profile thief Orla specializes in acquiring valuable antiques. Their combined skill set twists their fate and leads them to incredible places across the multiverse. This is the first installment in a romantic fantasy thriller series, filled with psychic romance suspense, paranormal, and science fiction twists and turns!

In this explosive world of betrayals and shaky alliances created by New York Times bestselling authors Sherrilyn Kenyon and Dianna Love, the only free Alterant, faces an impossible task--recapture three dangerous escaped creatures before they slaugh...

Promise of Wrath
by Steve McHugh

A powerful sorcerer. A forgotten past. Hellequin is back, and the end is near.A terrible storm is brewing in London, and Nathan Garrett, the sorcerer known as Hellequin, is the only one who can stop it.But his enemies have other plans. Harnessing th...