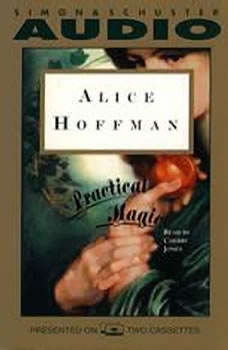 The bestselling author of Second Nature, Illumination Night and Turtle Moon now offers her most fascinating and tantalizingly accomplished novel yet -- a winning tale that amply confirms Alice Hoffman's reputation not only as a genius of the vivid scene and unforgettable character but as one of America's most captivating storytellers.When the beautiful and precocious sisters Sally and Gillian Owens are orphaned at a young age, they are taken to a small Massachusetts town to be raised by their eccentric aunts, who happen to dwell in the darkest, eeriest house in town. As they become more aware of their aunts' mysterious and sometimes frightening powers -- and as their own powers begin to surface -- the sisters grow determined to escape their strange upbringing by blending into "normal" society.But both find that they cannot elude their magic-filled past. And when trouble strikes -- in the form of a menacing backyard ghost -- the sisters must not only reunite three generations of Owens women but embrace their magic as a gift -- and their key to a future of love and passion. Funny, haunting, and shamelessly romantic, Practical Magic is bewitching entertainment -- Alice Hoffman at her spectacular best.

In this explosive world of betrayals and shaky alliances created by New York Times bestselling authors Sherrilyn Kenyon and Dianna Love, the only free Alterant, faces an impossible task--recapture three dangerous escaped creatures before they slaugh...

Promise of Wrath
by Steve McHugh

A powerful sorcerer. A forgotten past. Hellequin is back, and the end is near.A terrible storm is brewing in London, and Nathan Garrett, the sorcerer known as Hellequin, is the only one who can stop it.But his enemies have other plans. Harnessing th...