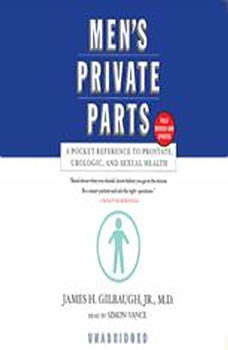 This is an essential guide for mens most pressing health questions that no manor woman who lives with himshould be without. Dr. James H. Gilbaugh, Jr., a boardcertified urologist and fellow of the American College of Surgeons with twentyfive years of clinical practice, presents the latest medical information for men in a straightforward, friendly, and accessible style. In addition to putting lockerroom misconceptions to rest, he offers the best, most uptodate medical advice on, for example, prostate problems, healthy sexual function, and sexually transmitted diseases as well as plain explanations of the workings of the unique male system.