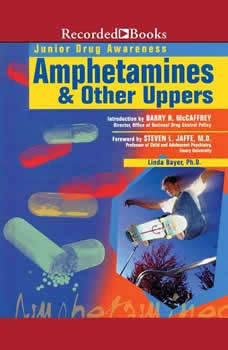 Amphetamines and Other Uppers

The category of drugs sometimes referred to as stimulants, "uppers," or "speed" are so named because these drugs speed up the body's functions and increase the brain's activity. This makes users feel energetic, alert, and talkative. Have you eaten a chocolate bar or had a soda recently? If so, you probably gave your body a mild stimulantcaffeine. Nicotine, found in all tobacco products, is another example of a stimulant. Some stimulants can be prescribed in pill form by doctors to treat medical problems. But when drugs such as amphetamines, cocaine, and methamphetamines or "ice" are sold or used for non-medical purposesto get high, for examplethey are not only against the law, but they are also extremely dangerous. This book will help you learn more about what stimulants are and what they do to your brain and body. Getting the facts about harmful substances is the first step to staying healthy and drug-free.