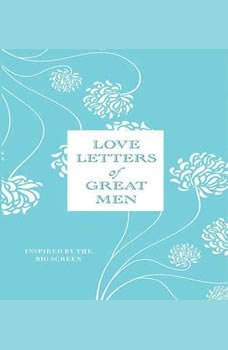 Remember the wonderfully romantic book of love letters that Carrie reads aloud to Big in the recent blockbuster film, Sex and the City? Fans raced to buy copies of their own, only to find out that the beautiful book didn't actually exist. However, since all of the letters referenced in the film did exist, we decided to publish this gorgeous keepsake ourselves. Love Letters of Great Men follows hot on the heels of the film and collects together some of history's most romantic letters from the private papers of Beethoven, Mark Twain, Mozart, and Lord Byron. For some of these great men, love is "a delicious poison" (William Congreve); for others, "a nice soft wife on a sofa with good fire, & books & music" (Charles Darwin). Love can scorch like the heat of the sun (Henry VIII), or penetrate the depths of one's heart like a cooling rain (Flaubert). Every shade of love is here, from the exquisite eloquence of Oscar Wilde and the simple devotion of Robert Browning, to the wonderfully modern misery of the Roman Pliny the Younger, losing himself in work to forget how much he misses his beloved wife, Calpurnia.Taken together, these letters show that perhaps men haven't changed all that much over the last 2,000 years--passion, jealousy, hope and longing still rule their hearts and minds. In an age of e-mail and texted "i luv u"s, this timeless and unique collection reminds us that nothing can compare to the simple joy of sitting down to read a letter from the one you love.