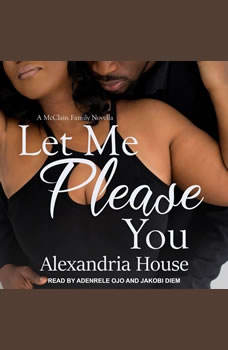 Let Me Please You: A McClain Family Novella

She's the only sister in a family of alpha males. Loved, treasured, and sheltered by her brothers, Kat McClain is working to heal the pain of a failed marriage to a man she loved from her teenage years and move on with her life, but she's a woman, she has needs, and she is understandably lonely. Tommy Kirby has protected her brother since he was barely a man and has been a silent staple in the McClain family for just as long. He loves his job and his life, is loyal to his employer, but more than anything, he wants a family of his own. Perhaps these two are exactly what the other desires. Contains mature themes.

Two prominent families. A six-year rivalry. A common enemy. In this season of giving, love is in the air for the Rose and Valentine families. Because of the addition of in-laws, they both are in pursuit of new land and developments to build lastin...