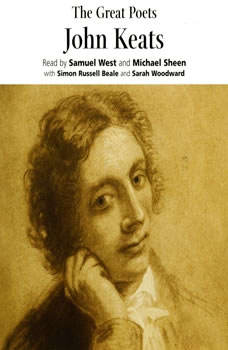 Naxos AudioBooks continues its new series of Great Poets – represented by a collection of their most popular poems on one CD – with John Keats. Although this man had a short life, he produced a series of outstanding poems – many of which appeared first in letters to his sister. He was largely unappreciated during his lifetime, and died in Rome at the age of 26. Most of his 150 poems were written in just nine extraordinary months in 1819. This selection contains some of his finest works, the principal Odes, La Belle Dame Sans Merci, Old Meg and Much Have I Travelled.