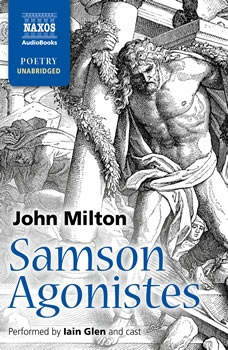 Samson Agonistes, the 'dramatic poem' by John Milton, was published in 1671, three years before the poet's death. Written in the form of a Greek tragedy, with the Chorus commenting on the action, it follows the biblical story of the blind Samson as he wreaks his revenge on the Philistines who have imprisoned him. A powerful subject, with a personal resonance for the blind Milton, it is a perfect work for the medium of audiobook where poetry and drama can be balanced equally. This production, adapted for BBC Radio 3, broadcast in 2008 and directed by John Tydeman, features Iain Glen in the title role, with Samantha Bond as Dalila, Philip Madoc as Harapha and Michael Maloney as the Messenger.