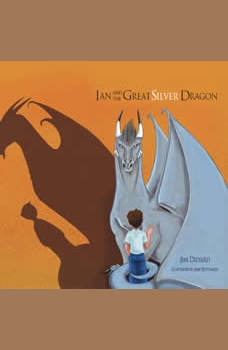 Ian and The Great Silver Dragon, A Friendship Begins

Ian and The Great Silver Dragon, A Friendship Begins is the second book of this magical fantasy series for Middle Grade readers. In this second chapter book, Ian will learn more from his new friend and mentor, Bry-Ankh who just happens to be a magnificent Silver Dragon. Together they will explore ancient lands and watch the daily activities of Egypt at the time of the Pharaohs. Ian will learn some of Bry's past and other members of his family or clan. Ian will start his own personal journey of self discovery and the art of becoming a "Master." There are necessary steps that need to be taken along the road to success and Bry is more than willing to teach his new student, Ian, how to get there. Come with us on the path of adventure and mystery as we explore the wonders of the ancient world.