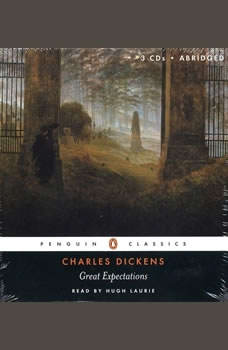 The orphan Pip’s terrifying encounter with an escaped convict on the Kent marshes, and his mysterious summons to the house of Miss Havisham and her cold, beautiful ward Estella, form the prelude to his “great expectations.” How Pip comes into a fortune, what he does with it, and what he discovers through his secret benefactor are the ingredients of his struggle for moral redemption.