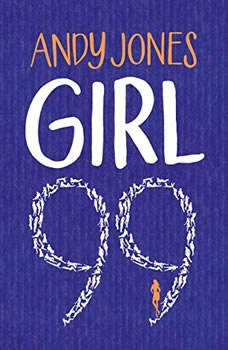 Before Tom finds The One, he needs to find himself.When Tom’s girlfriend walks out on him the day before Christmas, he feels humiliated but not necessarily heartbroken. Sadie wasn’t, after all, The One. If we’re being precise, she was number eighty-five.Tom’s first mistake is sharing this information with his best friend El. His next mistake is listening when El suggests that he bring his eighty-five up to a nice, neat one hundred.It was never going to be a good idea, not least because everything else in Tom’s life is in complete chaos. His best friend is dying of a slow and cruel disease, his teenage sister is at war with his well-meaning but dogmatic father, his elderly neighbour is having romantic problems (and makes a dreadful cup of tea), and he has to shoot four commercials with four children and a bad-tempered producer.And then Tom meets Verity. Whether she’s The One remains to be seen, but she’s certainly more than just another number.

A rollicking, globe-trotting adventure with a twist: a four-legged heroine you won't soon forgetElsie Bovary is a cow, and a pretty happy one at that—her long, lazy days are spent eating, napping, and chatting with her best friend, Mallory. On...

The 500 Hats of Bartholomew Cubbins
by Dr. Seuss

Don't miss this never before released recording of the Dr. Seuss story, dramatized for radio and directed by Daws Butler! Performed by Daws Butler and his sons, Chas and Don Butler, this radio play was produced by veteran award-winning producer Joe ...