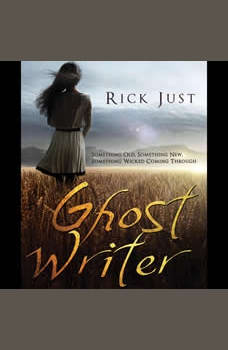 Sam expected a new phone for her birthday. Instead, she got an old leather diary that was supposed to be some kind of heirloom. So, she wrote something snarky in it about the really, really great gift and tossed it aside. What was even the point of all those blank pages and no keyboard? Later, she noticed someone else was writing in the diary every day. First, she thought it was her dad, who gave her the awesome gift in the first place. He was playing a trick on her and pretending to be some girl from a hundred years ago. Like she was going to believe that? Then one night she happened to see words forming across the page one letter at a time and the next thing she knew she was standing on top of her bed like rug sharks were circling below and she so had to text Hailey if she could just stop biting her fingers.

My name is Susannah Simon, and I am a mediator--a liaison between the living and the dead. If you think this gets in the way of my attempt at a normal sixteen-year-old, you'd be right. You try going to the mall while constantly being accosted by t...

These are a few fictional ghost stories, which can create horror and thrill for the readers..

Mattie is a ghost, swept away in a flood in 1922. Nate hates being stuck in a small town, away from Boston and all his friends. Mattie must find her body and only has a few days left before she is banished to the Badlands. Nate somehow can see Matti...