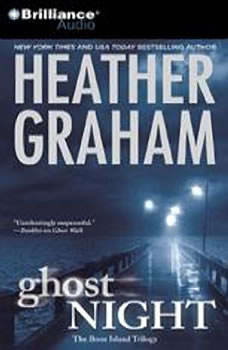 A slasher movie turns real when two young actors are brutally murdered on a remote island film set. Their severed heads and arms are posed in macabre homage to a nineteenth-century pirate massacre.Two years later, Vanessa Loren is drawn back to South Bimini by a documentary being made about the storied region. Filmmaker Sean O’Hara aches to see how the unsolved crime haunts her…and Sean knows more than a little about ghosts.Lured by visions of a spectral figurehead, Vanessa discovers authentic pirate treasures that only deepen the mystery. Are the murders the work of modern-day marauders, the Bermuda Triangle or a deadly paranormal echo of the island’s violent history? As Vanessa and Sean grow closer, the killer prepares to resume the slaughter…unless the dead can intervene.

Reviews told me this wasnt as good as books 1 & 3, but I decided to read it for background on all the charactersVanessa, Ted, Jaden sprung on me with little introduction in the final book. Not worth plowing through on its own, but needed if you want to get the entire story. Other 2 can work as stand alones, but not this.