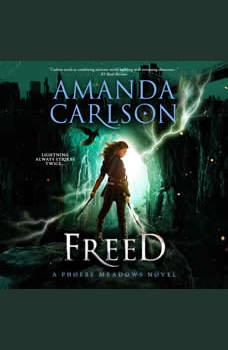 For the last month, Phoebe has been training in the Valkyrie stronghold readying for battle. But when she stumbles into a secluded valley after a day of grueling practice, she's given a dire prediction. Phoebe must leave the stronghold immediately with the aid of the giant, Junnal, to rescue her mother from the dark elves. If Phoebe fails, Leela will be transported to a place that can no longer be reached.

Leaving Fen behind threatens to undo her, but Phoebe stays true to the mission. Along the way, she allies with the god Baldur and an old white elf mage. Together, they storm the realm, and with the help of an angry wolf and her Valkyrie sisters, they just might stand a chance to free the valiant shieldmaiden. But Phoebe soon learns that rescuing her mother comes with a price, and she's about to lose something too precious to sacrifice.