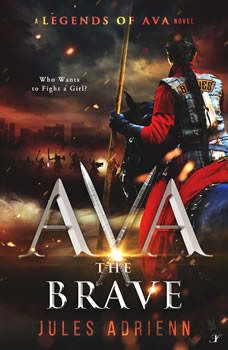 Series: The Legends of Ava

Sixteen-year-old Ava Phoenix's unlikely defeat of the grand praetorian's son in a fighting contest triggers her father's murder and an official decree to destroy her village. Together with her first love, Beau, she races across a post-apocalyptic landscape to save her village while being hunted by her dystopian world's deadliest teenage warriors.

Heart-rending loss, romance, and an unjust world combine to create a heroine who rises above violence even as she dispenses justice. Ava the Brave shows how a warrior's heart can be lost and rediscovered even in the most savage of lands.