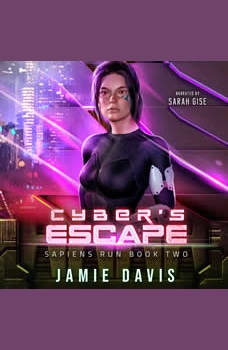 Tech saved her life. It brought her love. Now it could tear her apart…

America, 2055. Cass Armstrong has changed. After being raised by a violently technophobic father, her cyber-enhancements preserved her life while her new girlfriend opened her mind. But as her break from college approaches, Cass lives in fear that a trip home will end in tragedy.

After escaping detection by the extremist Sapiens Movement, Cass breathes a momentary sigh of relief. But when she discovers her friends and neighbors spying on her and her girlfriend, she considers unleashing the dark secrets that could destroy her father’s hateful organization. If only she wasn’t surrounded by enemies willing to preserve the lie at any cost…

Will Cass break free before her own family spills her blood?