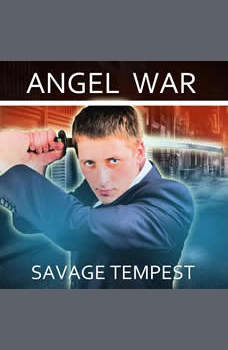 You have to wear the right designer suit. Comfortable Italian leather shoes. Breath mints are optional. And, of course, you have to carry a sharp sword. That's the only certain way to kill an Angel.

My name is Gold Fist Awakening, and killing a fellow Angel is strictly forbidden by the Law. However, getting others to do the killing for you... well, that's fine.

But as an Archangel and experienced angel investor, my angelic intuition tells me that after centuries of peace, rebellion is now brewing in the Angel ranks. Those ungrateful, slithering American Idol watching Secundi Angels want us Archangels dead. True, some of us Archangels no doubt deserve a deliciously horrific death-- especially those of us who dress like Mark Twain and Scarlet O'Hara.

Still... to be dispatched by a Secundi Angel... most of them with barely two hundred years under their greedy belts. Unthinkable. Almost as unthinkable as losing.

Death to the loser.