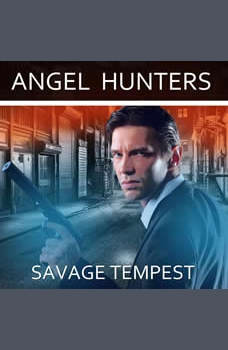 Gold Fist Awakening and his fellow angels have a problem.

After a millennia of manipulating and ruling mankind from the shadows, the Solar Saint Angels now find themselves the hunted.

New Angel Hunter recruit Howard King has a problem, too.

No one has ever managed to kill an angel before. And when King and his new partner are attacked by mighty morphing creatures with sharp claws and the ability to use shadows as doorways, the new Angel Hunter wishes that he wasn't such a money whore.

There's also the small matter of a guy who sees angels. The evil kind.

Which is why the Angel Hunters want him and why the Solar Saint Angels want him so very dead.