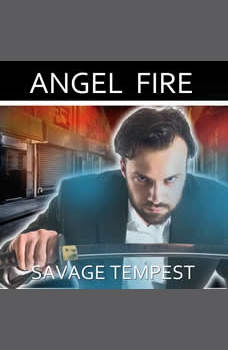 Gold Fist Awakening and his fellow Archangels managed to crush the Secundi Angel rebellion, but now a new threat arises.

And they have mind-bending psionic powers and super strength, too. Plus, they look really good in spandex and yoga pants.

Gold Fist and his buddies might have to do the unthinkable in order to defeat these deadly, non-sparkling vampires... work as a team.