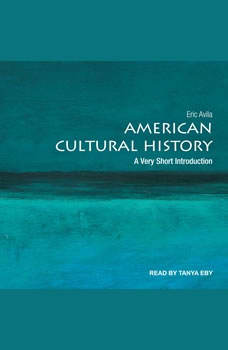 The iconic images of Uncle Sam and Marilyn Monroe, or the "fireside chats" of Franklin D. Roosevelt and the oratory of Martin Luther King, Jr.: these are the words, images, and sounds that populate American cultural history. From the Boston Tea Party to the Dodgers, from the Blues to Andy Warhol, dime novels to Disneyland, the history of American culture tells us how previous generations of Americans have imagined themselves, their nation, and their relationship to the world and its peoples. This Very Short Introduction recounts the history of American culture and its creation by diverse social and ethnic groups. In doing so, it emphasizes the historic role of culture in relation to broader social, political, and economic developments. Across the lines of race, class, gender, and sexuality, as well as language, region, and religion, diverse Americans have forged a national culture with a global reach, inventing stories that have shaped a national identity and an American way of life.

100 People Who Are Screwing Up America
by Bernard Goldberg

Bernard Goldberg takes dead aim at the America Bashers (the cultural elites who look down their snobby noses at "ordinary" Americans and detest so much of what this country is about)...the Hollywood Blowhards (incredibly ditzy celebrities who think...

The Story of a Dog So Brave He Saved Livesand Won Hearts. This is the true heart-warming story of Stubby, a small, stump-tailed terrier who fought alongside Allied forces on the Western Front during World War I. This brave and clever dog could dete...

The Popcorn Report
by Faith Popcorn

The Future Is In Your Hands Faith Popcorn has seen it coming -- and now she tells you how to profit from the enormous transformation that will sweep mainstream America in the coming years. The founder of BrainReserve, the top-dollar trend-spotte...

New Kings of the World
by Fatima Bhutto

A lively, inside look at how Bollywood, Turkish soap operas, and K-Pop are challenging America's cultural dominance around the world.There is a vast cultural movement emerging from beyond the Western world. Truly global in its range and allure, it i...