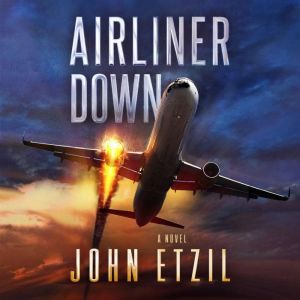 Airliner Down: An Aviation Thriller

"Action-packed and full of gripping scenes and unforgettable dialogue, the book is a true feast for the mind"

"A suspenseful and action-packed aviation tale."

Flight 2262 is bound for paradise, but a rogue terrorist could send it to the bottom of the ocean…

Kevin can't wait to land in Hawaii for a romantic getaway. But when the off-duty pilot takes a glance at his GPS, he's in for a surprise: the plane is headed to the middle of the Pacific Ocean. And he's the only one who knows it…

Expecting the worst, Kevin heads to the cockpit. Before he can take the controls, he's got a rookie air marshal, a stewardess with a grudge, and a barricade to get through. With a storm on the way and limited fuel, Kevin must recruit the support of the frightened passengers to save the day. As long as he can survive the one person on board who won't rest until all of them are dead…

Airliner Down is a fast-paced tech thriller that brings terror to the friendly skies. If you like pulse-pounding reads with compelling characters and chillingly real plots, then you'll love John Etzil's turbulent tale.

Buy Airliner Down today to experience the flight of your life!