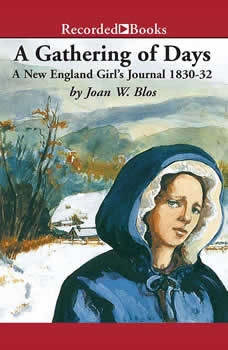 Thirteen-year-old Catherine Cabot Hall put ink to the first unblemished page of her diary on October 17, 1830, the day after her father returned from Boston with the diary tucked conspicuously under his arm. Catherine's mother had died of fever four years before, and now Catherine performs the duties of housewife and mother, living contentedly with her father and younger sister Matty on their New Hampshire farm. In spite of the daily hardships, Catherine has much to be thankful for, especially for Cassie, her dearest friend. But when Catherine receives a disturbing note from a stranger, she isn't sure what she should do or who she should tell. Only her diary knows the anguish in her heart. Will her secret drive a wedge in her friendship with Cassie, or bind them together forever?