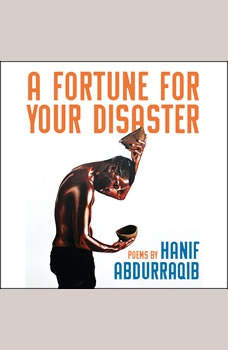 A Fortune For Your Disaster: Poems

In his much-anticipated follow-up to The Crown Ain't Worth Much, poet, essayist, biographer, and music critic Hanif Abdurraqib has written a book of poems about how one rebuilds oneself after a heartbreak, the kind that renders them a different version of themselves than the one they knew.