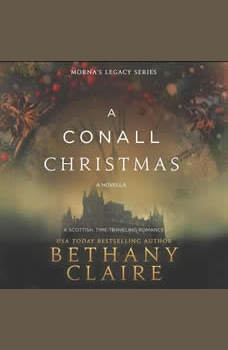 Christmas is approaching, and Adelle is determined to make it the best one Conall Castle has ever seen, but loneliness haunts her. Love for her daughter sent her into the past, but she’d not expected the isolation she would feel. She finds that her current age seems much older in the seventeenth century than it did in the twenty-first and resigns herself to the fact that she will remain single for the rest of her days. At least until an unexpected visitor arrives.

Hew Moray has spent the last twenty years all alone, only leaving his home once a year to pay homage to the wife he lost long ago. When a storm causes him to seek shelter at Conall Castle, he meets the first lass since his beloved Mae to make his heart flutter in his chest once again. Can he release himself from his past grief to allow another love to enter his life? If he does, will his love be returned?