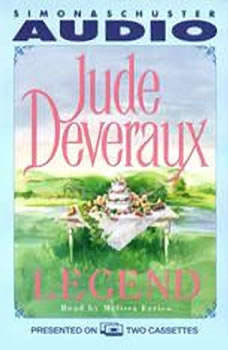 A captivating romance from the New York Times bestselling author of Remembrance.Now the New York Times bestselling author transports us from modern-day Virginia to the high mountain deserts of 1873 Colorado, with a vibrant new tale about a feisty lady and the man she was meant to love.Petite Kady Long, a celebrated chef about to be married to a gorgeous man, felt she was the luckiest woman alive. But when she tried on an antique satin wedding dress, she was overcome with dizziness....When she opened her eyes, Kady was in the harsh, sunlit landscape of 1873 Legend, Colorado. There, she meets Cole Jordan, a tall, rangy, and very appealing man. But while Kady is anxious to return to her time, Cole has other ideas...ideas that could give him and the inhabitants of Legend what they so desperately need -- a future....

....I'm not a huge fan of the romance genre, so I read this book with resignation, when a friend insisted. I couldn't have been more surprised. Time travel, twists and turns, and remarkable characters make this a fantastic read for book lovers of ANY genre.