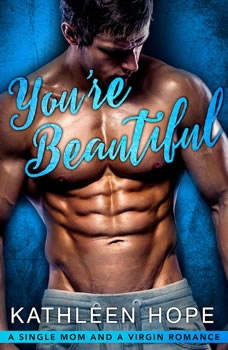 You're Beautiful: A Single Mom and a Virgin Romance

“Don, I got tickets for the concert in the park for next month. I hope the weather will be nice for it,” I said to my husband as he stuffed papers into his briefcase. “I do love concerts in the park. Don’t you?” “Hmm,” was all he said “Where is my agenda?” I tried not to feel hurt by him brushing me off. It was nothing new these days. He’d been so busy with work lately that he didn’t seem to have time for me or anything else. I sighed and handed him the leather bound book. He took it without a word and zipped up his messenger bag. Slinging it over his shoulders, he picked up his travel bag and suitcase. He was off to another business trip. “I have to go. I’ll call you from the airport,” he said as he headed downstairs. I followed him. “Where are you going this time?” I asked. “Denver.” “How long will you be gone?” Don shrugged. “I’m not sure. What’s with all the questions, huh? I’ll be back when I’m done.” I looked at him. “I’m sorry, dear. I want to know because I miss you when you’re gone. That’s all. I’m not trying to get in your business.” He glanced at me over his shoulder briefly before checking...