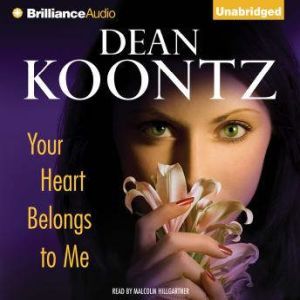 Your Heart Belongs to Me

For one man, they are the five most terrifying words of all…your heart belongs to meOne year after the heart transplant that saved his life, thirty-five-year-old Ryan Perry has never felt better. He’s getting back everything he nearly lost forever—his business, his life, and, with luck, his beloved girlfriend. Miracles do happen.Then the unmarked gifts begin to arrive—a box of candy hearts, a heart-shaped pendant. Most disturbing of all is a graphic heart-surgery video and its chilling message: Your heart belongs to me. Ryan is being stalked by someone who feels entitled to everything he has. She’s the spitting image of the twenty-six-year-old donor of the heart beating steadily in Ryan’s chest. And she’s come to take it back.

There seem to be a lot of holes in the story, I think he was rushing to publish and left out many, many details. I really expect better from him. Verry dissapointed