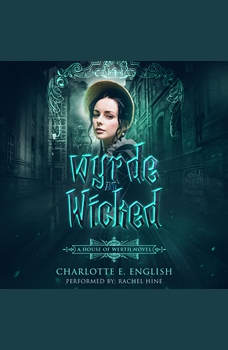 ‘When it comes to the Wyrde, there is no such thing as harmless. Every single one of us is a walking disaster.’

Winter has come to Werth Towers, and brought a deal of trouble with it.

Not that any of it is the fault of Miss Gussie Werth. To be a one-woman catastrophe might be seen as a misfortune, but really, there can be no hope of a cure.

What with murderous Books on the rampage, Lady Maundevyle brewing plans for Christmas, and a couple of dragons on the loose, a quiet life is not likely to be had.

Still, in times of crisis, there is always Lord Felix. The disreputable old revenant might have a few odd ideas; but you’re at Werth Towers, now. The merely unusual comes as a matter of course.

Welcome to the strangest family in Regency England. Find out just what Gussie did next...