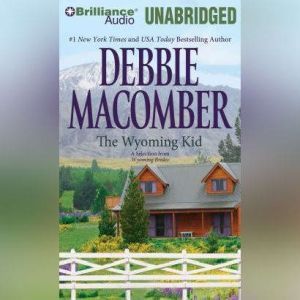 Wyoming Kid, The: A Selection from Wyoming Brides

Rancher Lonny Ellison is an ex-rodeo cowboy who’s used to the adulation of women. But that’s something he doesn’t get from Joy Fuller. In fact, they argue constantly. His sister, Letty, says it’s because he’s interested in Joy…and Lonny figures she’s right. Can he convince Joy that marriage to the Wyoming Kid will be as exciting as an eight-second bull ride and as sweet as the cookies she likes to bake?