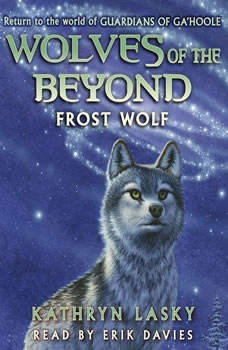 Wolves of the Beyond: Frost Wolf

A terrible danger is looming on the horizon, and Faolan is the only one who knows how to fight it. Will he be able to claim his rightful place as leader and lead his clan in battle? Unless Faolan can inspire the pack to stand together, it could be the end of the wolves of the beyond.