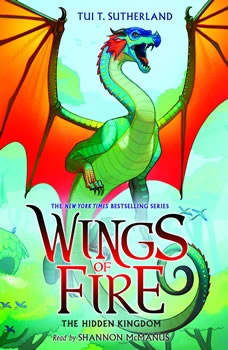 The WINGS OF FIRE saga continues! The other dragon tribes think that the RainWings are peaceful at best--and lazy at worst--but Glory's friends know she's more powerful than she seems. And now Glory is going to discover just how powerful her fellow RainWings can be--and how vicious.