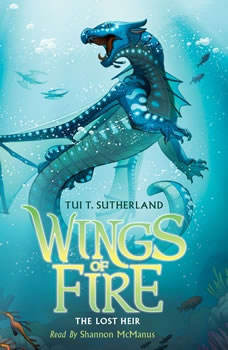 The WINGS OF FIRE saga continues with a thrilling underwater adventure--and a mystery that will change everything! Tsunami the SeaWing is overjoyed to be reunited with her fellow ocean-dwelling dragons. For the first time in her life, she actually fits in. But not everything is as perfect as it seems underwater. Tsunami and the other "dragonets of destiny" aren't any closer to ending the war for Pyrrhia . . . and someone in the SeaWing kingdom wants them dead before they can even try. Tsunami wants to stay with her fellow SeaWings, but can she keep her friends safe at the same time?