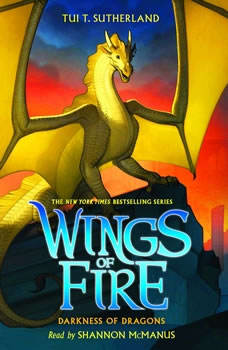 The new prophecy comes to a thrilling conclusion in the New York Times bestselling Wings of Fire series! A young NightWing may have had the first true prophecy in generations . . . Something is coming to shake the earth. Something is coming to scorch the ground. Jade Mountain will fall beneath thunder and ice. Unless the lost city of night can be found. Will the return of Darkstalker bring a horrible future to Pyrrhia? Or can five young dragons save the world -- again? Don't miss the thrilling conclusion to the new prophecy in the epic, bestselling Wings of Fire series!